The documentary Welcome to Sodom gets most of its facts wrong about the so-called 'largest electronic waste dump in the world', argue SMART researchers Martin Oteng-Ababio and Maja van der Velden.

Agbogbloshie is an urban area in Ghana’s capital Accra, housing a vegetable market, a scrap metal yard, a large slum, an industrial area, and a household waste dump (see the Google Maps photo below). As researchers we know that Agbogbloshie is a thoroughly polluted place and the people working in the recycling trade are exposed to serious health and safety risks.

We also know that this trade generates much needed jobs for young men and contributes to an important repair and recycling culture.

This complexity is lost in the Western media. Media portrayals focus almost exclusively on Agbogbloshie as an electronic waste dump, drawing on the dramatic imagery of burning cables and tires for the extraction of copper, which forms only part of the activities of the scrap metal yard.

The latest in a long line of documentaries and publications to sensationalise Agbogbloshie is Welcome to Sodom, a 2018 documentary directed by Austrian filmmakers Florian Weigensamer and Christian Krönes. In its title, and in its portrayal of 'this apocalyptic society', the film perpetuates the tendency to mythologise a reality that needs no exaggeration. In the process, the film gets most of the relevant facts wrong.

Consider the logline – or opening statement – of the documentary:

Agbogbloshie, Accra is the largest electronic waste dump in the world. About 6,000 women, men and children live and work here. They call it “Sodom”. Every year about 250,000 tons of sorted out computers, smartphones, air conditions tanks and other devices from a faraway electrified and digitalized world end up here. Illegally. Cleverly interwoven, the destinies of the various protagonists unravel the complex story of this apocalyptic society. Their very personal inner voices allow a deep insight into life and work at this place – and of Sodom itself. And you can be sure – it will most probably be the final destination of the smartphone, the computer you buy today.

Let’s examine this statement, one sentence at a time:

1. Agbogbloshie, Accra is the largest electronic waste dump in the world.

4. Every year about 250,000 tons of sorted out computers, smartphones, air conditions tanks and other devices from a faraway electrified and digitalized world end up here. Illegally.

5. Cleverly interwoven, the destinies of the various protagonists unravel the complex story of this apocalyptic society.

6. And you can be sure – it will most probably be the final destination of the smartphone, the computer you buy today.

The myths about the Agbogbloshie e-waste situation have been busted before (for example, here, here, here, and here). While Welcome to Sodom is clearly well-intentioned – especially by lifting the profile of minorities in the context of poverty in Ghana – it is not well informed.

In fact, it is a good example of what Bennett called dramatization bias. Its images reinforce common cultural attitudes and values among an audience that has no opportunity to check the validity of the statements made in the documentary.

The uninformed statements made in the documentary, combined with imagery that doesn’t distinguish between the scrap metal yard, the slum, and the household waste dump next to the yard, presents an uncomplicated objectionable image of Agbogbloshie as an e-waste dump.

By portraying Agbogbloshie as an 'apocalyptic society', the film may even contribute to risks for those vulnerable people for whom it clearly seeks to generate sympathy: the Ghanaian authorities have shown in the past that they are not unwilling to use foreign media attention for 'the largest e-waste dump in the world' as the justification to forcefully evict people from the slum.

By perpetuating these myths, the film is unlikely to help the people working there. The film also presents electronic waste as a 'First World' problem, ignoring the fact that Ghanaians themselves consume large amounts of electronics, and that the repair and recycling of these electronics are not only an important economic activity, but also an important contribution to sustainable consumption in Ghana.

Electronic waste is a huge global problem; it is not a problem that stops by guilting some consumers in rich countries into stop buying new electronics every year. Ghana needs practical and maintainable electronic waste policies, which recognise the importance of the informal repair and recycling sector and secure the health and safety of the people involved in this trade. 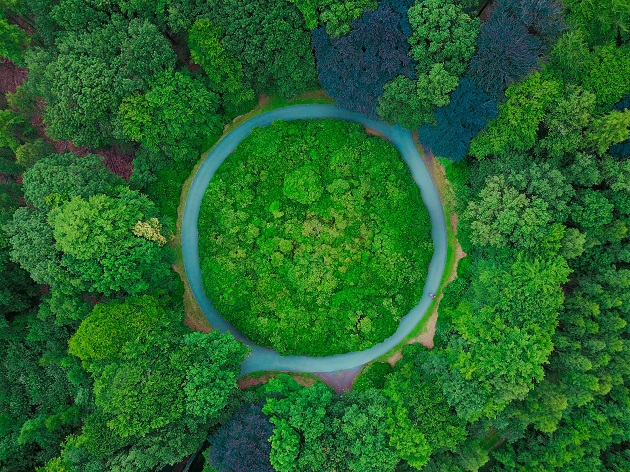