Norwegians change their mobile phone more often than ever before. With services such as Telenor's Swap and Telia's Svitsj, it has become even easier to get the latest mobile phone on the market. These subscriptions enable customers to obtain a new mobile phone every 12 months. Telenor promotes Swap as good for the customer and good for the environment, because these one year old mobiles end up in countries where most people do not have the money to buy a new mobile. 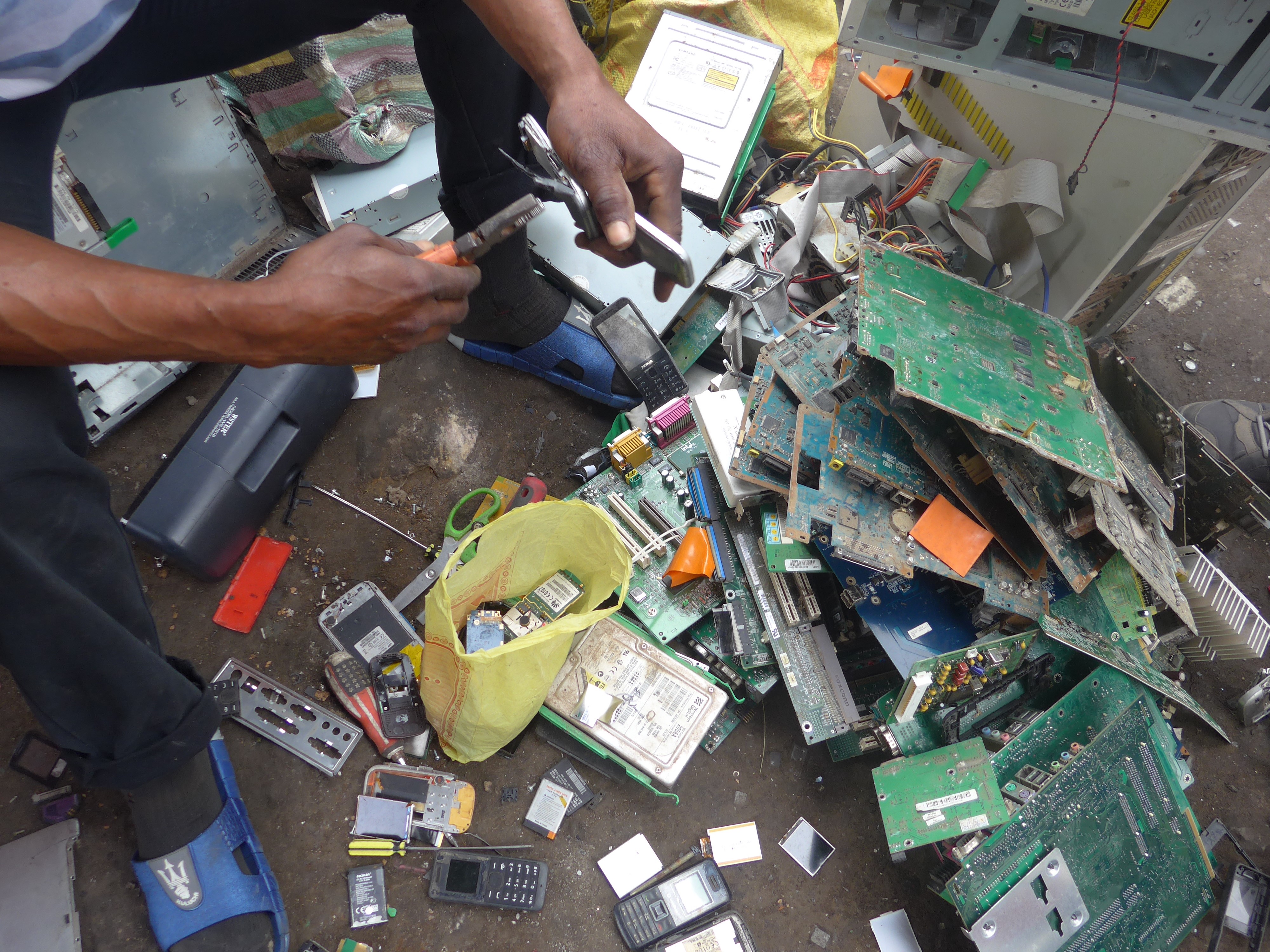 As part of the EU Horizon2020-financed project Sustainable Market Actors for Responsible Trade, we traveled to Ghana to see what happens with used mobile phones. Ghana imports second-hand mobiles from Europe, the United States, and China. We found that changing a mobile phone every year in Norway is neither good for people nor the environment if we do not take responsibility for what happens to these used mobiles in countries without recycling systems for e-waste.

Repair and recycling of mobile phones

Sending used mobiles to developing countries is not charity but business. Import of used electronics have contributed to economic growth and better access to information for many in Ghana. There is a large market for used mobiles and the «Circle», an area in the centre of Accra, is an important second-hand mobile phone market and the centre for mobile repair.

We talked to mobile phone repairers and importers of mobiles in Ghana. The import of used mobiles are much larger than the import of new ones. There are also many fake versions of well-known brands and cheaper Chinese mobile brands. Some of the imported used electronics do not work or can’t be repaired. Since Ghana doesn’t have a functioning waste recycling system, waste is burned or discarded. This results in soil, water and air pollution as an effect of the burning of e-waste or the leakage of hazardous chemical materials from plastic, batteries, and so on.

Repair is an important economic sector in Ghana. Mobile phones have a longer life-time in Ghana than in Norway. We met many talented and creative mobile phone repairers in the Circle, most of whom work in the informal sector. This means that repair is cheap, but not accompanied by adequate warranty. Repairers use old phones for spare parts. They reuse original batteries because they find that original batteries have a higher quality than new copies imported from China. What they no longer use  is thrown away, such as plastics, broken components, and old batteries.

We also implemented fieldwork in Agbogbloshie, a large scrap metal area in Accra, known from documentaries about pollution and burning of e-waste. Thousands of young men work here, taking things apart, such as broken cars, machines, appliances and other electronics. They have no protective gear and use simple tools. They take out metals - mostly copper, aluminum and iron - which they can sell to intermediaries who sell it to traders from China or India.

Some of the young men work mostly with mobiles and computers. They take out the motherboards (PCBs), which are exported to countries such as India and China, and throw away the rest. We found piles of e-waste in Agbogbloshie. Some of it is used as fuel for open fires in which they burn cables to extract copper. Medical research has shown that anyone working in Agbogbloshie has increased levels of hazardous materials in their blood as a result of e-waste-related pollution.

The growing problem of e-waste
There is a large market for used mobiles, but for countries like Ghana, this also means increasing problems in dealing with e-waste because of the lack of sustainable e-waste recycling. There are some companies that try to deal with this issue. In Ghana we met Fairphone, a mobile manufacturer from the Netherlands. For every kilo of mobiles Fairphone sells on the European market, they buy a kilo of condemned mobile phones in countries without a sustainable recycling system and recycle their mobile phones in an environmentally manner in Europe.

In Ghana, Fairphone will collect 8000 kilo mobiles and send them to Umicore in Belgium for recycling and recycling of metals. They work in corporation with with ReCell, a Ghanaian company that purchases condemned mobiles. ReCell is most active in villages, because older mobiles often end up with people who do not have enough money for a newer version. Recell agents inform residents through the vllage loudspeakers and buy their condemned mobile phones for a few kroner.

Sustainable market actors?
How can companies justify exchanging a mobile phone after twelve months, saying that it's good for people and the environment, when used mobiles are exported to countries without a functioning e-waste management system?

If Norwegian mobile operators want to be sustainable market players, and contribute to responsible trade, they should look at the whole mobile life cycle, not just what happens to them in Norway. In the short term, the least they can do is do the same as Fairphone and buy condemned phones for sustainable recycling. In the long run, solutions that contribute to a sustainable lifecycle of mobiles, wherever they are produced, used or recycled, need to be found.

Consumers are also market actors. They should be encouraged to give their mobile phones a longer life span. If they choose to exchange their phone every year, it should be possible to do this without contributing to health and environmental risks for people in other countries.

This story was originally published in Norwegian in Klassekampen on 2 November 2017.

Read more about our research on the lifecycle of mobile phones