Introducing regulation that requires companies to act sustainably is crucial because many firms want to be more sustainable, but fear that doing so will be expensive and put them at a competitive disadvantage to less responsible businesses. 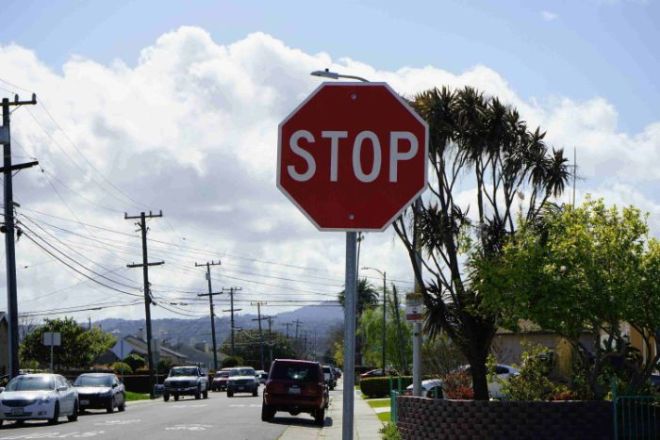 Governments should therefore introduce more and better regulation that would make it expensive for companies to fail to act in an environmentally friendly and socially responsible way.

That was one of the main conclusions of the conference on corporate sustainability, which was organised by the Sustainable Markets for Responsible Trade (SMART) project at the University of California, Berkeley on 21 and 22 March.

Regulation plays a big role in making businesses act in a more sustainable way because it can create “an environment in which companies feel comfortable investing in sustainability,” said David Vogel, professor at the Haas School of Business at the University of California, Berkeley.

“Business innovation and technology are really important, but equally important are government policies that make the investments of companies worthwhile,” Vogel said.

How a company is owned also matters, and according to Vogel, it is often easier for privately held companies – i.e. companies that are not listed on the stock market – to act sustainably.

“It’s the capital markets that really make it hard for companies to act sustainably,” Vogel said.

Steen Thomsen, a professor at Copenhagen Business School, shared a similar view, saying that “a good company needs owners. If the company is owned by the market, it’s owned by no one.”

According to Beate Sjåfjell, who is the leader of the SMART project and a professor at the University of Oslo, it is often inaccurately believed that companies have a duty to maximise profits for shareholders. For that reason, creating value for shareholders on a short-term basis often takes precedence over sustainability issues.

“In spite of all the sustainability talk” – and the fact that corporate law today gives a relatively large scope for businesses to shift over to a more sustainable business model – “business as usual is what is happening most of the time,” said Sjåfjell.

Change is urgently needed in order to achieve sustainability, including slowing down and reversing catastrophic biodiversity loss and mitigating climate change. Companies and investors must thus start doing things in a different way, and “integrate sustainability considerations into the way businesses are run”, she added.

Low recycling levels for plastic is today a huge problem, because it means that a lot of plastic ends up in nature and in the sea.

Most plastic is not bio-degradable, meaning that it can remain in the environment for hundreds of years. Moreover, fish and other animals sometimes mistake

plastic for food, or get trapped in it.

In order to prevent plastic from ending up in nature, the responsibility for ensuring that it gets recycled should be removed from the consumers, argued Yue S. Ang, a lecturer at Oxford Brookes University of Law.

“We propose to shift the label of end user away from the consumer. The brand holders themselves should be responsible for recycling,” Ang said.

Sustainability laws must be enforced

However, “for regulation to work, you need to have the capacity in place for oversight”, said Mark Taylor, a researcher at the University of Oslo who is involved in the SMART project.

SMART researcher Georgina Tsagas, who works at the University of Bristol, agreed, adding that “there is a need to adopt policies as well as enforce and enact the laws that will aim to encourage sustainable practices”.

So-called “greenwashing” is also a problem with the current state of affair, meaning that in their sustainability reporting, many companies describe their business operations as greener and more socially responsible than what is in fact the case, said Dominika Wiesner, a PhD student at Canada’s University of British Columbia.

She argued that protecting or rewarding employees that report corporate misrepresentations (“whistleblower” programs) could mitigate this issue.

"Making corporate sustainability reporting mandatory, would provide certainty that misrepresentations constitute a legal offense – something which is generally a precondition for whistleblower protection,” Wiesner said.

Regulators should also clearly define what is sustainable, because market actors often disagree on what sustainability really is, with the result being that “power dynamics… [now] play a fundamental role in who gets to decide what is sustainable”, said Laurence Wainwright, a Phd candidate at U.C. Berkeley.

Present at the conference were also representatives from Sweden-based international fashion brand H&M, Norwegian energy giant Equinor, and from smaller sports brands Patagonia and Houdini Sportswear, whose headquarters are in the U.S. and Sweden, respectively.

Equinor and H&M are both listed companies, whereas Patagonia and Houdini Sportswear are privately owned.

One way the company will do this, is by ensuring that “by 2030, everything in our stores should be made out of sustainably sourced materials, such as recycled or organic textiles,” she said.

She added that H&M is currently experimenting with new technology “that makes it possible to separate polyester from cotton, so that both can be recycled”.

Book also said that H&M was in favour of more and better regulation, and not “some kind of minimum equal standard”.

Because it is today so difficult to separate synthetic fibres from natural fibres when the product has reached its end of life, Houdini Sportswear aims to never mix the two, said salesman Josef Nyström Baksaas.

Meanwhile, Vincent Stanley, director of philosophy at Patagonia, said “we’re not sustainable and we don’t think we should pretend to be… Almost everything we make takes out more from the earth than we can repay.”

Patagonia’s rule of thumb is thus that “you can do something with less harmful impact, and you should”, said Stanley.

“Five years ago, there was still a discussion about investing in oil sands projects. That is completely off the table now,” he said, adding that “we’ve all been surprised by how quickly this energy transition is going… There has to be a transition and we support that transition”.

However, despite the recent expansion in renewable solar and wind energy, oil and gas will continue to be part of the energy mix, said Fossgard-Moser.

“Certainly, for the foreseeable future, we believe there will be a need for conventional and unconventional energy sources… Not least because sometimes the wind doesn’t blow, and the sun doesn’t shine”, he said.

Being unsustainable is risky business

Companies and their shareholders could experience large losses if it is made public that they have been behaving in an irresponsible way. Businesses should therefore act sustainably not just because it is a good thing to do, but also because it can be financially risky to do otherwise, argued Monica Mee from Norsif.

Norsif is a Norwegian independent association of asset owners and asset managers, service providers and industry associations with interest in, and activities related to, responsible and sustainable investments.

“Until recently, most asset managers believed that they would earn less if they invested in a sustainable way than if they only focused on financial metrics,” Mee said.

However, “in the future, all investments should be sustainable because we are always striving to maintain a stable financial market," she said.

"To do that, you need to foresee and adapt to future trends and market conditions to minimise risk, and act on opportunities to stay competitive,” Mee added.

Facts about the SMART project