Current EU policies for mobile and textile production often let member states shape the laws and their implementation themselves. This leads to more use of chemicals and less sustainable waste management, research by the SMART project shows. 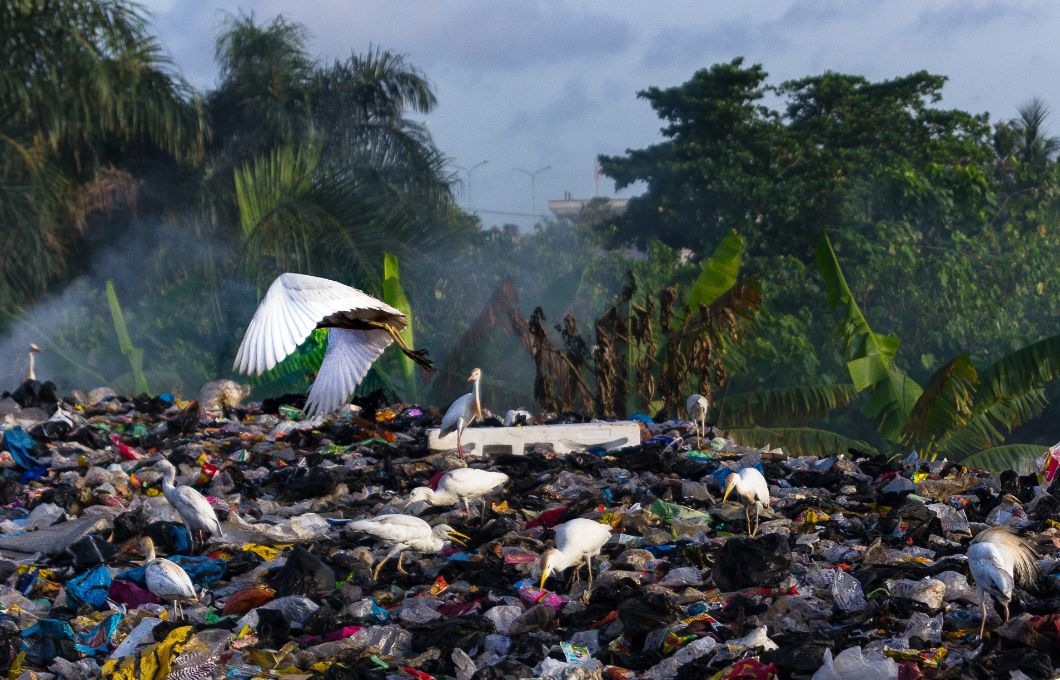 EU member states often get to decide themselves how to implement regulation for the textile and mobile industries. This leads to more use of potentially toxic chemicals and less sustainable waste management, research by the SMART project shows. Photo: Ayotunde Oguntoyinbo

“The EU today has a wide range of sustainability-oriented policies and regulations, but there is a lack of coherence and sufficiently stringent and enforceable regulation,” says Beate Sjåfjell. She is a law professor at Norway’s University of Oslo, and the leader of the Sustainable Market Actors for Responsible Trade (SMART) project.

“Reforms adopted by the EU to promote sustainability often give a broad scope to the member states on how to implement these. Unfortunately, member states tend to aim for minimum implementation, out of fears of jeopardising their own competitive position or that of their businesses,” Sjåfjell says.

The SMART project comprises researchers from 25 institutions from around the world and is funded by the EU’s research and innovation programme Horizon 2020. It studies the environmental and social footprints of global supply chains for clothes and mobile phones.

The lack of coherent regulation means that potentially hazardous chemicals are continuously being used in all stages of the production process in the textiles industry, argues Tineke Lambooy, who is a professor at the Nyenrode Business University in the Netherlands.

“The traditional production process for many kinds of fashion articles starts in the cotton field. There, a lot of pesticides and fertilisers are used in the mainstream processes. Growing cotton requires a lot of pesticides, dying yarn requires chemicals, and chemicals are also involved in the end-phase of the product life cycle, when the product becomes waste or is recycled,” Lambooy says.

“The use of toxic chemicals can have detrimental effects for people living nearby because it could get into their drinking water, and it certainly destroys ecosystems,” she adds. 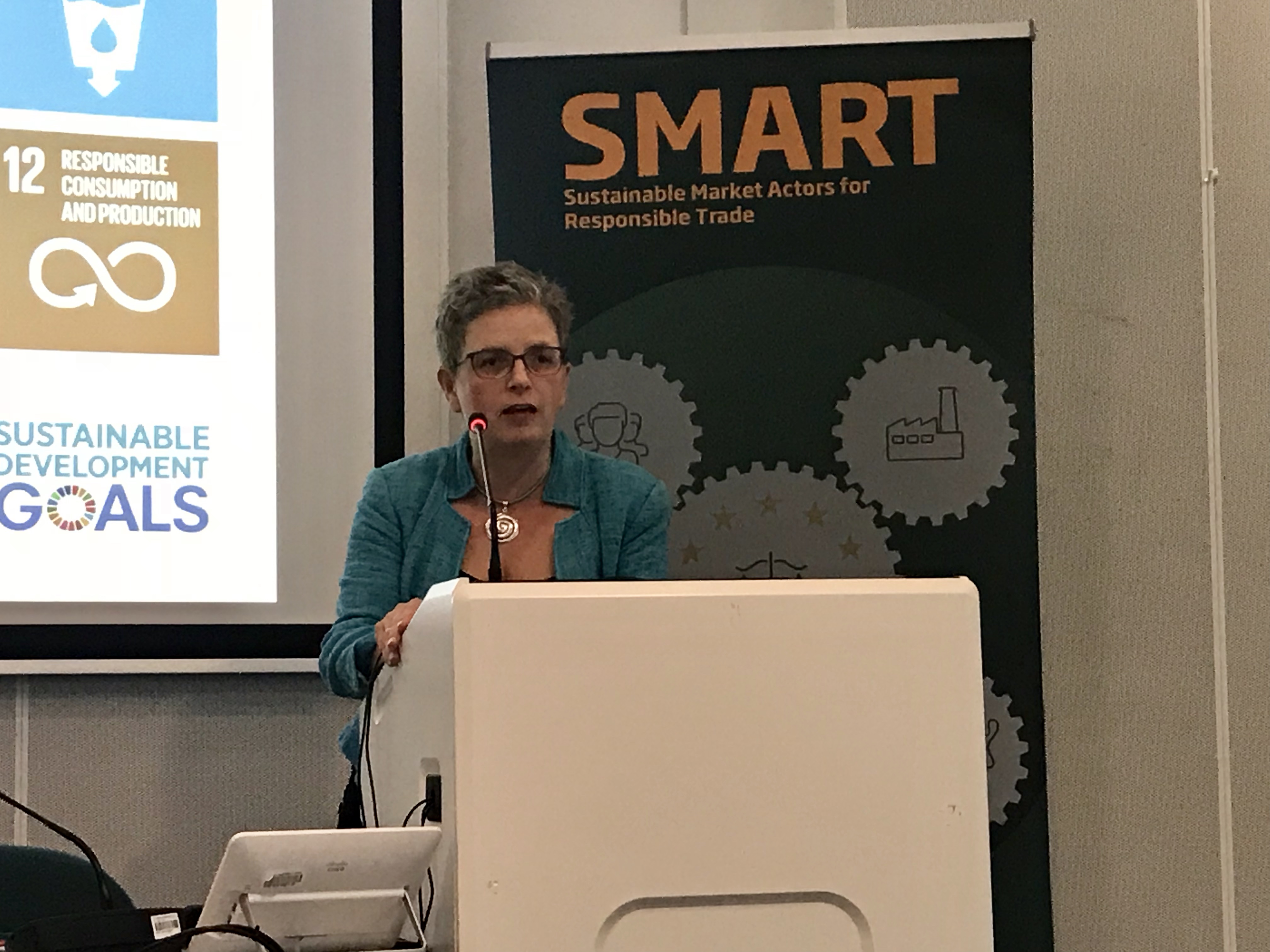 Professor Beate Sjåfjell and other researchers from the SMART project presented the results at a conference organised by the project in Brussels on 20 November.

Both textiles and mobile phones have a global supply chain, starting in the countries where the materials are grown or mined, and often ending up as waste in countries all over the world once they are no longer in use.

Because the production process tends to take place in several different locations, both clothes and mobile phones will often have travelled quite far before they end up in someone’s home.

“Sometimes the cotton is grown in one country, then the produced textile is sent to a factory in another country, and then the finished product is sent to yet another country to be sold. This means that the production process also involves pollution caused by sea, road and air transport,” says Lambooy.

The hazardous materials in textiles and mobile phones also end up being spread across the world, often in countries where waste management is lacking.

Mobile phones often end up in landfills and waste dumps when they stop working because most countries in the world do not have a sustainable electronic waste management system, explains Maja van der Velden, associate professor at the University of Oslo.

“Our research in Ghana shows that here these phones are used, repaired, used and repaired until they stop working completely. When this happens, only a few parts of the phone are collected for recycling abroad, and most just gets thrown away,” says Van der Velden.

“The lack of sustainable recycling practices leads to the pollution of land, water and air,” she says.

According to Van der Velden, it is also a problem that well-intended EU policies, like the Extended Producer Responsibility (EPR), may have unwanted effects such as functioning as incentives for European businesses to sell their used mobile phones outside of the EU, rather than to recycle them responsively in Europe.

Under the EPR, manufacturers and brand owners are themselves responsible for the products they make or sell – and all associated packaging – when they become waste.

This means that producers must help pay for the costs of collecting, transporting, recycling and disposing of these products and materials responsibly when they have reached the end of their life time.

For the concerned consumers, it is not easy to use sustainability as a factor when making their purchasing decisions because “there is a lack of public information from the companies regarding their business operations and their various impacts”, argues professor María Jesús Muñoz Torres from Spain’s Jaume I University.

“This makes it difficult to properly calculate the companies’ environmental footprints,” she adds.

“The EU should introduce new regulation that mandates companies to disclose reliable and comparable information, and operate in a more sustainable way,” Lambooy says.

“Businesses cannot do this alone because there has to be a level playing field. So, it is up to the regulators to introduce this, at least that is what many companies and/or their representatives express,” she says.

The SMART project runs until February 2020 and will in its last year concentrate on developing reform proposals and impact assessment guidelines to ensure policy coherence for sustainability.